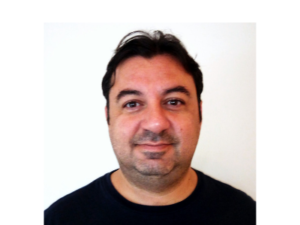 Dr. Christoforou was a Research Scientist at the Center for Applied Neuroscience of the University of Cyprus for 5 years. In addition, he has taught for the City College of the City University of New York and the Cyprus University of Technology, and delivered lectures for the University of Cyprus and the Cyprus Institute of Neurology and Genetics. Previously, Dr. Christoforou held a number of industry positions. He is also the founder of two technology start-ups that are based on his research on machine learning, computational-neuroscience and neuro-cinematics. Dr. Christoforou has also been successful in securing a number of grants to fund his research, three of which as Principal Investigator (PI/co-PI).

Dr. Christoforou’s research focuses on the field of machine learning and artificial intelligence with an emphasis on neuro-informatics, neuro-technology, and neuroscience applications. His interests include: entrepreneurship, and turning scientific and technological innovation into new products and services.