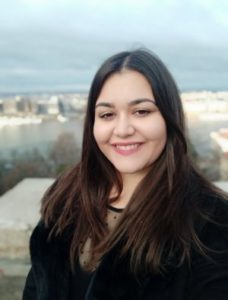 Georgia Soursou is a Special Scientist at the Center for Applied Neuroscience and a PhD Fellow in the University of Cyprus under the Marie Skłodowska-Curie Innovative Training Network entitled Neo-PRISM-C.

She holds a Bachelor’s degree in Computer Science and Biomedical Informatics from the University of Thessaly, Faculty of Science (2011-2016), where she developed an interest in neurodegenerative diseases and brain research. Then, she spent a year (2016-2017) as a Research Associate in Neuroinformatics, supervised by Dr. Athanasios Alexiou. She, also, holds a Master’s Degree in Bioinformatics (2017-2019) from the University of Crete, School of Medicine. For her Master thesis, she had the opportunity to join the Poirazi lab, where she developed computer skills to investigate dendritic computations taking place in the human neocortex. There, she became interested in what our cortex can compute and how this affects our behavior.

In her current project as an Early Stage Researcher, she works under the supervision of Dr. Kostas A. Fanti in the Developmental Psychopathology lab of the University of Cyprus, where she is interested in internalizing and externalizing psychopathology affected by genetic and environmental influences. Her goal is to link neurobiology with behavior.