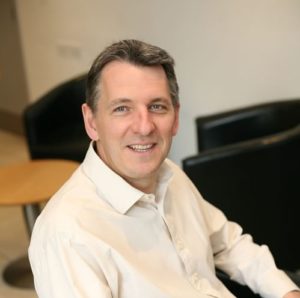 Steven C. R. Williams, Ph.D , received his doctoral degree from the University of Cambridge in 1988, his focus being NMR Imaging. Since 1999 he is a Professor of Imaging Sciences, and Head of Department of Neuroimaging at King’s College London. Williams is Founder, Director and Head of the Centre for Neuroimaging Sciences at King’s College London, Institute of Psychiatry (IOP). Previously,  he was a Lecturer specialising in Magnetic Resonance Techniques and Manager of High Field NMR Imaging and Spectroscopy at the Facility for University of London Intercollegiate Research at the  Department of Chemistry at  Queen Mary & Westfield College, in the United Kingdom. Since 2005, he is on the Editorial Board of the Journal of Magnetic Resonance Imaging, and as of 2007 he is on the Editorial Board of Neuropharmacology.  As of 2013, Williams is a Fellow at the Academy of Medical Sciences.

He has been on the Advisory Board of the Center for Applied Neuroscience since April 2016.